The Story Behind The Song

“One of my earliest memories is having our own 'Children's Church' time.  While the parents went to their Bible study, we got to study the Bible – we got to study Jesus – see Jesus!  (I guess it was our Sunday School, but we didn't sit in desks, so it never felt like school, it felt like a concert!)

When we left our parents for those 45-minutes, we were escorted to a big meeting space (and thank God, because I, as a six or seven-year-old, was shy, and timid, and afraid of so many things).

We sat down on the carpet and a man wearing a suit and a guitar stood up front.  (Not enough good men wear suits anymore…)

One of my favorites, though, was, ‘Blind Man.’
‘Blind man stood by the road and he cried,
‘Show me the way!
Show me the truth!
Show me the life,
I want to go home!’

Over the years I’ve thought fondly about those times…
(…perhaps they impressed me more than I know.)
I still remember the name of the man who sang to us – led us – Rod Haworth. (I still think that is a cool name.)

We all have our stories about what popular Christian musician or band influenced our life…  Like many others I claim,

…but I didn’t know any of them then.
Before that, I knew Rod.

I have never felt, in my life, that I belonged anywhere, not even in my own family.  But looking back, maybe music is a 'family' that I’ve belonged to all my life.  And perhaps Rod was a sort of musical, fatherly influence to me. (I certainly felt accepted in his presence.  He was Jesus to me and he made Jesus alive and fun!)  Though vague now, in my distant memory, it was probably the closest I’ve ever felt to being the 'apple' of someone’s eye.

As I got older, and left Sunday School behind me, those songs became less popular.  As a young adult, I realized that no one was singing these ‘old’ songs anymore, and wouldn’t it be nice if they did…

And, wouldn’t it be nice if we could have even more songs like we did in those ‘old,' days…

I questioned, ‘Why hasn’t anyone written more about the blind men in scripture?  What miracles!  The blind, see.  The lame walk and stretch out their hands.  The dead are raised to life – literally and spiritually!’  What’s more is the faith that is kindled in the hearts of new believers that now want to share God’s love with others; encouraging them to know the same love that they have experienced – to eventually share the same home and same inheritance every believer is promised… in scripture.

‘Blind Man’ stuck with me though…

In the song, the man doesn’t ask God for physical sight…
(you’d think he would).

Instead, he calls out to God to show him the way... (he just wants to know how to go home with God).  I love this!  The blind man asks for the more important sight – the way to go home – where not just our physical impairments will be healed, but our relationship with God will be remade as well!

Perhaps the blind man understood ‘all this will be added to him too, when he first seeks God…’ ~Matthew 6:30-34.

And isn’t that what God’s focus is on, in our lives, still today?  I’ve found that He seems to care more about our hearts (and our eternal destination), than ‘merely’ providing for our immediate desires (though sometimes he does both and isn’t that just like God – to be so generous)!

In the song, Jesus stands by the road of our lives and answers,
‘I am the way!
I am the truth!
I am the life,
the way to go home!’

I want to see the more important Truth… like the blind man saw.

Many cultures share the parent’s name with their children – even handing down their business, their reputation, their honor, and their responsibilities – along with their name.  In America, we add the Family Name to the end of everyone’s individual name.  When married, women often change their original family name to the new family's name they are becoming a part of.  Some cultures even alter their own family’s surname for every new generation – while still incorporating part of their own name into their children's name:  A son of John would be known as John’s son… or Johnson.  “Bar” in the Bible means, “son of,” so, we would have known Jesus as, Yeshua Bar Joseph.

Maybe, in a way, Rod was the father of my music ministry – passing down the mantle to me – (inviting me really,) to participate, create, and eventually invite others to follow in Jesus’ own footsteps of pointing others to THE Father.

Looking at my name… Drew Jarrod… I wonder, now, if God had something to do with naming me – if He really has a guiding hand over my entire destiny – even from my beginnings.  (Christians know that God has a hand in our lives, from THE beginning, not just our beginning.)

Thank you, Rod, for introducing me to the path that will lead me home, too… this song was inspired by your steadfast obedience to God's call in your life and your willingness to serve.  This song is for you, and for all the other Drews out there who are looking for a little of God’s greatness to get through; to lead them in the paths of righteousness as well; to show them, The Way, Jesus.”

Jesus’ fishermen
saw a man in Jerusalem
when they asked the Teacher why
this man was born blind.  (He said,)

“This man nor his parents sinned,”
but it's an opening for God to come in,
redeem more souls, and restore the sight
of many who are blind.

(So) Jesus knelt in the dust.
Heaven’s work accomplished!
Jesus sent him on to wade.
With earth, you are remade.

“This man, born blind…
Love can work in his life.  (We must…)
Do God's work in My light
for soon it will be night.”

Neighbors took him to the Pharisees
when he said he could see.
“Where is the one who opened your eyes?”
“I don’t know,” he sighed.

“I was born blind,
but now I see just fine!
Jesus put mud on my eyes,
and now I have sight!”

His parents, called by the Pharisees,
were stunned to know their son could see:
“How can this be, who opened his eyes,
we don’t know, he was born blind.”

We're all born blind.
Love can work in our lives.
Jesus came to open our eyes
because we are born blind.

(Jesus came)
because we are born blind. 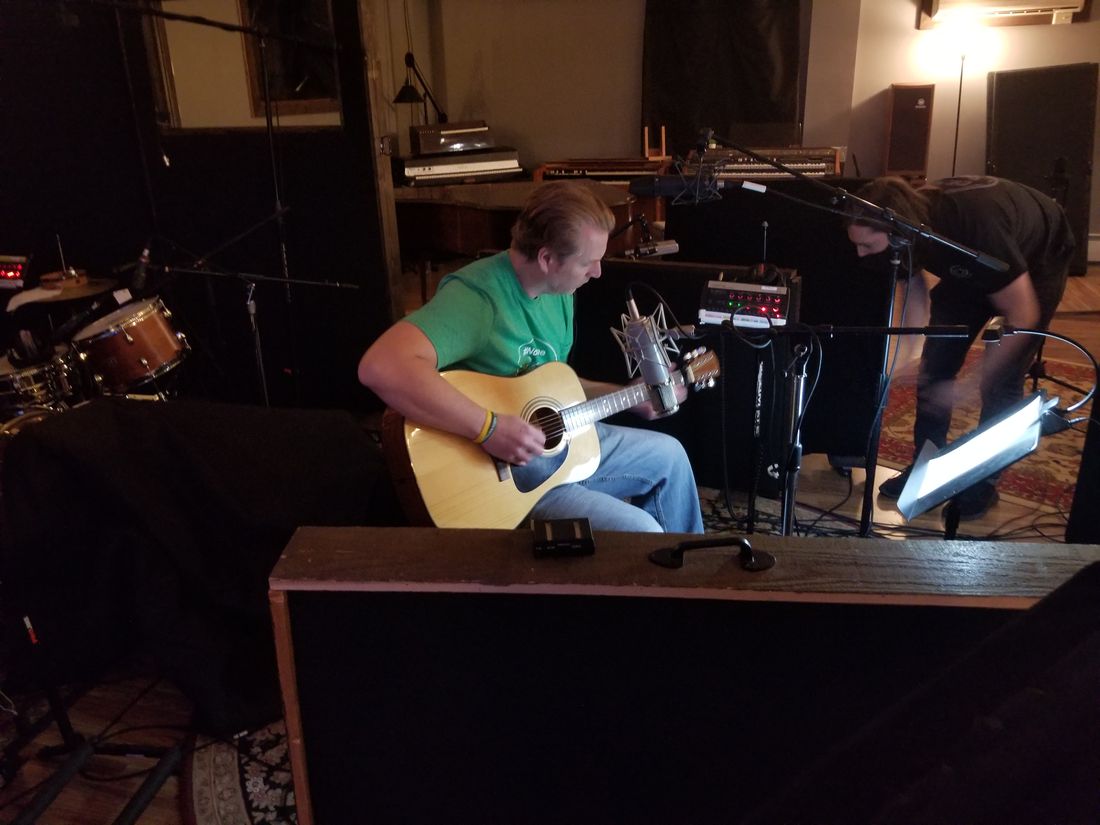